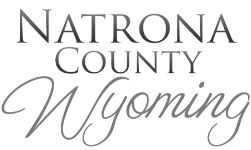 As of July 1, 2011 a bill was passed by the Wyoming Legislature Per Enrolled Act 0087 about procedures and requirements for requesting Coroner records, documents and reports. For details of the changes view the Coroner statutes WY Statutes 2011 under WS §7-4-105.

WS §16-4-202(a) All public records shall be open for inspection by any person at reasonable times, except as provided in this act or as otherwise provided by law, but the official custodian of any public records may make rules and regulations with reference to the inspection of the records as is reasonably necessary for the protection of the records and the prevention of unnecessary interference with the regular discharge of the duties of the custodian or his office.

WS §16-4-204(c) After July 1, 2003, any fees or charges assessed by a custodian of a public record shall first be authorized by duly enacted or adopted statute, rule, resolution, ordinance, executive order or other like authority. [Fees for copies are as established by the Natrona County Commission. This fee schedule is available on request.]

Note: Public Information Dockets are prepared with the information as specified in WS §7-4-105 (a), and are produced for release after case investigation and/or adjudication is completed. Case completion is subject to the policies, procedures, rules, and regulations as established by the Natrona County Coroner’s Office, Wyoming Board of Coroner Standards, and additional applicable Wyoming State Statutes.

Secondary release of Medical Records obtained by the Coroner’s Office is prohibited by Federal Law. Also, per WS §7-4-105 (m) “A person who knowingly or purposely uses the information in a manner other than the specified purpose for which it was released or violates a court order issued under subsection (g) of this section is guilty of a misdemeanor punishable by imprisonment for not more than six (6) months, a fine of not more than one thousand dollars ($1,000.00), or both.”